It was quite a surprise and a welcome end to the conflict over a new Portobello High School when it was realised that the vacated site could offer a modern building for St John’s Primary School and a park to replace the area taken for the new High School. This was made possible by Scottish Government funding for the new primary school and inspired thinking within the City Council, led by Billy McIntyre.

Two consultations began, the first to decide how to build the new St John’s. Options were drawn up which included retaining and extending the original building, with various decanting proposals, or a brand new building on the site of the old High School. It turned out that the new building would be substantially cheaper than the rebuild options as well as offering the least disturbance to the school.

The second consultation, commissioned by the City Council from the Edinburgh and Lothian Greenspace Trust, was to identify the main features of the new park and possible new names.

The same architect has been selected for the school and park which will promote integration between the two projects. 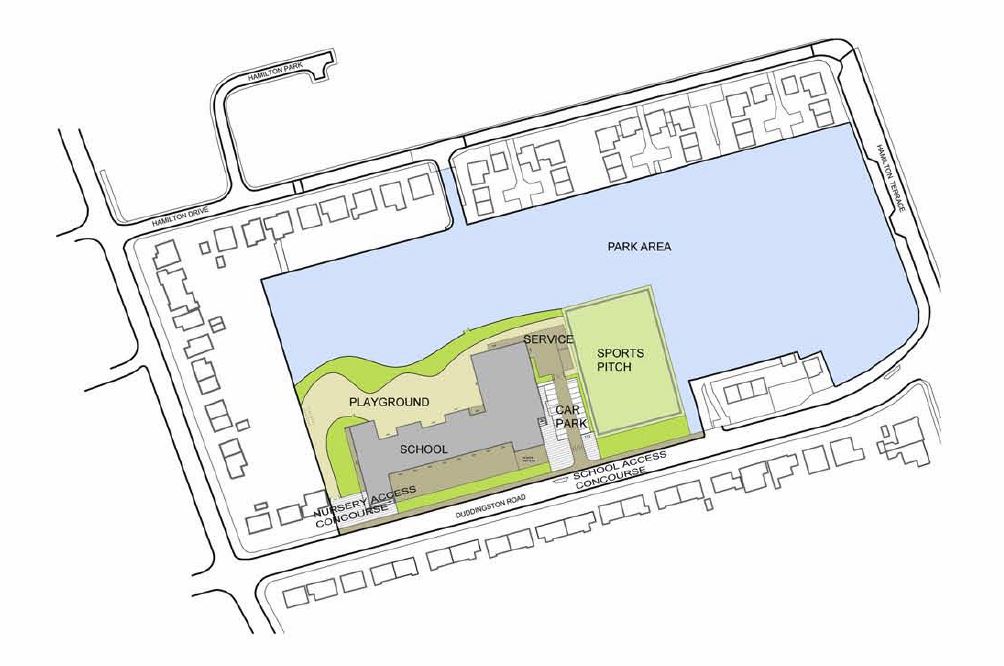 The new school is based on the Heathfield School, Ayr already built by Holmes Miller.  The building will be two storeys high running close to Duddingston Road where the gym of oldPHS was.  It will have parking for 16 cars and separate nursery and primary entrances. 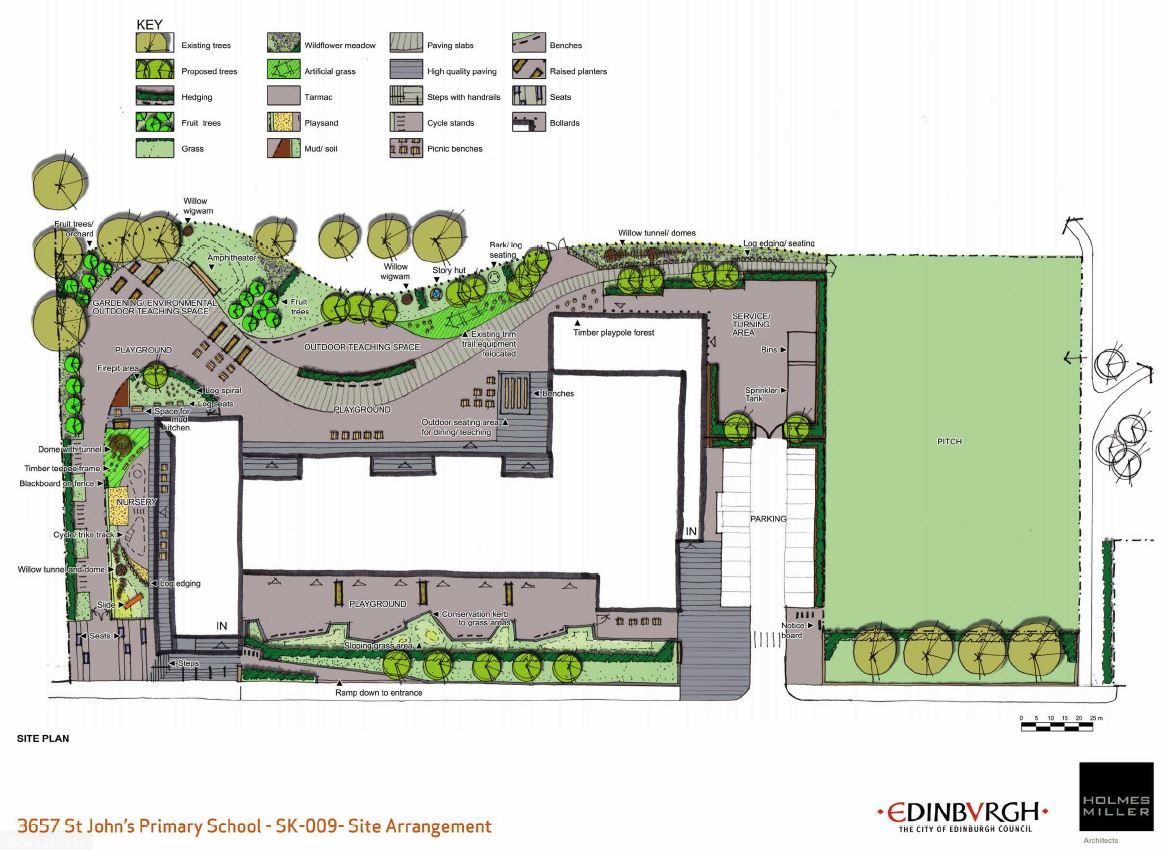 The tadpole-shaped remainder  of the site will be the New Park preferred option March 2016.