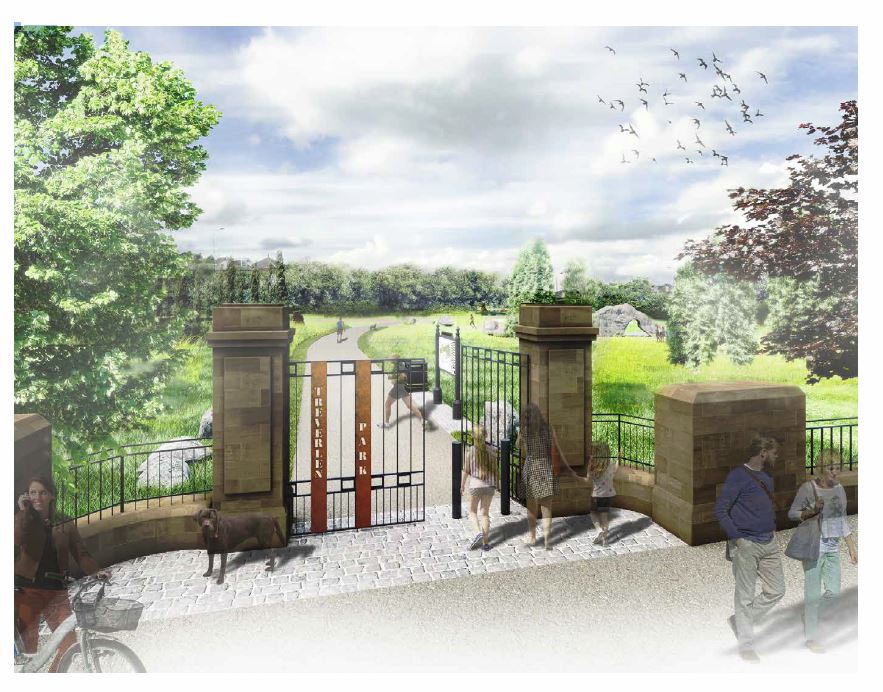 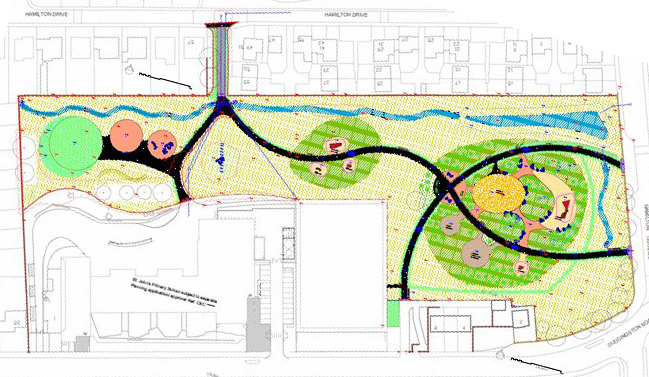 There was substantial consultation about the design of the new park in 2016 led by the Craigentinny and Duddingston Neighbourhood Partnership which then guided Holmes Miller in their final proposals for the park.  These were published on 20 November 2017 in the form of the planning application 17/05217/FUL  which can be seen on the City of Edinburgh Planning Portal.  The documentation is substantial, including layouts, a Design and Access Statement, tree and planting plans and a large document on the condition of the soil.

The plans reveal, for the first time, the works to drain the site.  Scottish Water will not permit the site to be drained into their main system so a Sustainable Urban Drainage System (SUDS) is being installed.  There will be a boggy area at the north-east corner, fed by ditches (swales) along the northern and eastern boundaries.  The water will soak away naturally.  The geological reports show considerable depths of clay on the site.

The existing perimeter is being kept, except the only original gates will be kept closed; the main entrances  will be via the 1950s gates in Hamilton Terrace, the entry on Duddingston Road, and the rear lane entrance from Hamilton Drive.  The Hamilton Drive entrance will be lit to the rear gate to new St John’s, otherwise there is no lighting in the park, although it will be open at all hours.

Various clearings in the tree planting will offer a variety of sitting and play areas, with a hard-surfaced dish for skate and wheel amusements.

Many of the trees planted in old St John’s playground in the 1980s will be retained as will some of the older trees, which may now be at the later stages of their lives.

The period for comment and observation closed on 11 December 2017:  36 sets of comments were made, 7 objecting, 26 supporting (including comments from the Northfield and Willowbrae Community Council, which covers the area)  and 2 neutral. A parallel notification of intention to demolish old St John’s was  declared to be permitted development.

The next stage was formal consideration by the planning authority in early 2018.