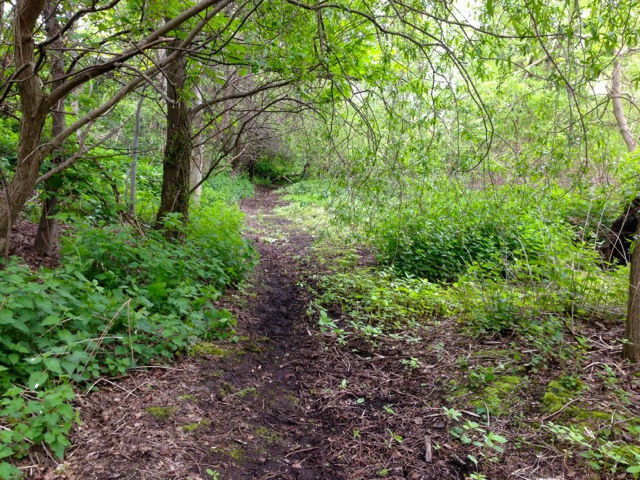 We should have been standing on a grassy knoll, near the Green Flag, on 30 April 2013 to mark 75 years since Sir Thomas Whitson and Lady Mabel Whitson formally opened the Figgate Burn Park on that spot in 1938.

But maybe that wasn’t the real anniversary worthy of celebration. Where did the Figgie Park come from? Some say the floods of 1907 which saw Brighton Place and East and West Brighton Crescents under deep water were the beginning – the clay pits were flooded too. The first key date is December 1925 when it was reported in The Scotsman that Messrs Whitson and Brown, both Edinburgh City Councillors, had given notice of a motion to the Parks Committee to consider the formation of a public park up the valley of the Figgate Burn, from the clay pits at Portobello to Duddingston Mill. The Council records show that in February the following year Baillie Whitson asked for consideration of that motion to be delayed. Then all is quiet.

Meanwhile Baillie Whitson was working hard in the Council. He had been an accountant and has a headland named after him on Laurie Island in the South Orkney Isles – because he had been honorary accountant of the 1902-1904 Scottish National Antarctic Expedition led by William S Bruce. By 1931 he was knighted by the King as he had become Lord Provost. Then the pace picks up.

In 1932 Sir Thomas Whitson wrote an article in the magazine “Speed” – the house journal of the Council’s transport department. He said:

“For many years people passing Portobello station in the train must have been distressed by the ugly outlook across the old clay pits below the railway line.

These clay pits had at least an interest while they were being worked. After working in them ceased, however, their ugliness became intensified. In consequence of the breaking down of the banks of the stream which flowed between them they became flooded and for years they have been an eyesore and rather a disgrace to the neighbourhood. Moreover they are deep and dangerous.”

The Council bought the land from the Abercorn Estates for £2500 in 1934 and started a major clean- up – although this involved filling the clay pits, thought to be 70 feet deep, with “screened refuse”. Some areas were levelled up with ash, probably from Portobello Power Station. Trees were planted, the burn dammed and widened to make ponds and islands: the bill for pumping the water out of the clay pit was £200, landscaping came to £1850 and fencing topped the lot at £2,000. It is not clear if the fencing was actually done or was lost in the war.

By 1937, The Scotsman reported on 21 December that night skating was in full swing and was to be allowed at Figgate Burn if the ice thickness reached 4 inches – to bear the weight of a crowd. On 30 April 1938 Sir Thomas opened the Figgate Burn Recreation Area, in warm sunshine and mentioning the National Keep Fit Campaign. Councillor Sawers proposed votes of thanks and a bouquet was presented to Lady Whitson by Master Ronald Hay.

During the war, the Council organised picnics in the Park and there were complaints about rowdy behaviour. Gradually the surrounding area was built up, Duddingston Primary and the old Portobello High School were built alongside; St John’s Primary School having arrived in 1926. The Park became a quietly appreciated but almost secret haven for the community.

It has not been without its threats. In 1948 the Council sought permission from the Abercorn Estates to build “school dining accommodation” in the corner at the end of Hamilton Terrace. For which school and for how many pupils is still to be discovered – but it was not done. In 1959 the Council again asked the Abercorn Estates for permission to build in the Park – on the same site as the abandoned school dining accommodation. This was done and 6 garages appeared; even today that corner is in mixed ownership. And in the last decade or so there have been proposals to build car parking around the ATC Hut and murmurings about sites for schools.

Today, the Park has an unending stream of walkers, dogs, bikes, scooters, runners, wild life experts – there are over 140 identifiable species of plants growing there. All through the imagination of an accountant and hundreds of tonnes of refuse. 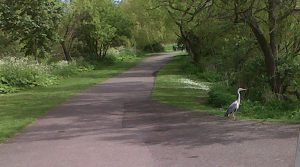