The predecessor to the High School was Portobello Secondary School, now the flats between Park Lane and Duddingston Park.  The school magazine was called The Tower – clearly prophetic of the new school building but actually named after the arms of Portobello, shown on its cover.  Read the Editorial by Ian Mitchell on the prospect of a new school – the whole thing here. 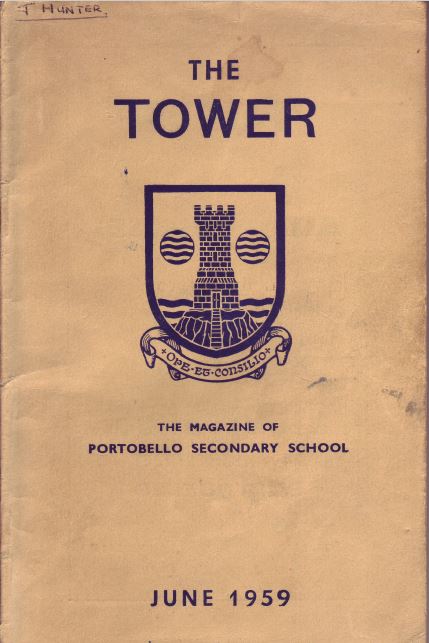 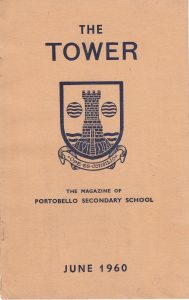 A copy of this was recently found in the attic of a house in Durham Road and we have copied it here – it is an historic document.  The present owner is looking for anyone who is named in the 40 pages of the magazine.  You can read it here: The Tower June 1960 .

There are fascinating advertisements for local businesses,  and pupils own stories of school trips – to many parts of the world.  The various sports teams are photographed – even the youngest will now be approaching 70 years old.